Portland, OR — March 5, 2015 – After a year of construction, Pacific Northwest College of Art (PNCA) has opened the new Arlene and Harold Schnitzer Center for Art and Design, the flagship of PNCA’s campus on Portland’s North Park Blocks. With a $34 million transformation of Portland’s historic post office, the College is positioned at the heart of the city’s burgeoning creative corridor. PNCA is pleased to announce that the $15 million target of its Creativity Works Here capital campaign was met in January. The campaign was launched in 2012 with a lead gift of $5 million from the Harold and Arlene Schnitzer CARE Foundation.

The opening of the Arlene and Harold Schnitzer Center for Art and Design ushers in a new era of art and design education in the Pacific Northwest. Located at 511 NW Broadway, the new state-of-the-art facility will draw talented students from across the nation and beyond and serve as a cultural hub for Portland, with galleries and gathering places, a black box theater, and public programs.

“Our new campus is a dynamic platform for 21st century art and design education,” says PNCA President Tom Manley. “Creativity is the world’s most powerful, sustainable resource. To meet the world’s fierce challenges, we need creative thinking, now more than ever. PNCA fosters that thinking in hundreds of young people every day.”

Manley acknowledged the many people who worked in “Portland-style” collaboration to make the building a reality, including the Schnitzer family and the campaign donors, Portland Mayor Charlie Hales, and the Portland Development Commission. And Manley recognized the offices of U.S. Senator Ron Wyden, U.S. Representative Suzanne Bonamici, and U.S. Representative Earl Blumenauer for their support over the last seven years in helping PNCA successfully navigate the federal transfer of the building. “Most importantly, this project would have been impossible without the extraordinary leadership and vision of our Board of Governors,” says Manley.

Creativity is the world’s most powerful, sustainable resource. To meet the world’s fierce challenges, we need creative thinking, now more than ever. PNCA fosters that thinking in hundreds of young people every day.

Under the design leadership of Brad Cloepfil of Allied Works Architecture, the project team took care to preserve key historical features, while creating a public interface with beautiful spaces for exhibitions, lectures and events, an elegant library, and an object-studies collection space. Gerding Edlen served as project manager and Howard S. Wright as general contractor.

“Today represents a bold step into the future for this institution, the neighborhood, and Portland’s creative economy,” says Mayor Hales. “This project exemplifies the kind of collaborative innovation for which Portland is known.”

PNCA’s new campus continues a story that started in 1892, when a group of Portland artists came together to channel the city’s innovative spirit into the creation of the Portland Art Association. In 1909 it launched the first museum art school on the West Coast, which became the Pacific Northwest College of Art in 1981.

“This is a major step forward for arts and design in Oregon," said U.S. Rep. Suzanne Bonamici, whose district is home to PNCA. “The beautifully renovated facility will expand PNCA’s ability to educate creative students who will be the innovators and entrepreneurs of the future.” Bonamici is a member of the House Education and Workforce Committee and the co-founder of the Congressional STEAM (Science, Technology, Art and Math) caucus, which advocates for integrating arts and design into STEM learning.

U.S. Rep. Earl Blumenauer, who in collaboration with the National Park Service and National Trust for Historic Preservation helped PNCA secure the post office, noted, “It’s a big win for the region as we celebrate this revitalization of this historic federal asset and spur development of the creative economy in Portland and beyond.”

Today represents a bold step into the future for this institution, the neighborhood, and Portland’s creative economy.

PNCA’s expansion is expected to bring new vitality to the North Park Blocks as well as the Old Town and Chinatown neighborhoods. The 1919 six-story building is located at the west end of the Broadway Bridge and was originally designed by Lewis P. Hobart. In 1979, it was added to the National Register of Historic Places.

The Portland Development Commission (PDC) was a significant partner in the development of PNCA’s new home. PDC was granted a deed for the 511 NW Broadway building from the National Park Service through a national monument transfer and agreed to lease the building back to PNCA for 99 years at $1 per year. (PNCA has the right to extend the lease for another 99 years for the same terms.) With support from the City of Portland, the PDC also committed to $20.3 million in bridge and long-term financing to PNCA for the project. PNCA also received a $740,000 grant from PDC for project planning and design.

Creativity Works Here is led by honorary co-chairs Arlene Schnitzer and Dorothy Lemelson, along with a campaign cabinet of volunteer community leaders. PNCA alumna Arlene Schnitzer kicked off the campaign with a lead gift of $5 million to name the building the Arlene and Harold Schnitzer Center for Art and Design. Under the leadership of former PNCA board chair Ann Edlen and current chair Aric Wood, board members contributed more than $4 million to the effort.

Commitments of $1 million or more from Dorothy Lemelson, Al Solheim and Ann and Mark Edlen, made possible the Dorothy Lemelson Innovation Studio; Albert Solheim Library and the Ann Payne Edlen Creative Corridor. A combined commitment of more than $1 million from John Shipley, Maribeth Collins and The Collins Foundation is supporting the Shipley/Collins Mediatheque, PNCA’s new black box theatre. Other gifts of note include a $700,000 top-off grant from the M. J. Murdock Charitable Trust; $500,000 from the William G. Gilmore Foundation, thanks to board member Mary Lee Boklund; $500,000 from the Estate of Ernest Swigert in honor of past PNCA president Sally Lawrence; $500,000 from an anonymous donor; $400,000 from the Meyer Memorial Trust; $400,000 from an anonymous donor; $300,000 from the Swigert Warren Foundation; and $250,000 each from board chair Aric Wood and board member Susan Hammer.

“We are extremely thankful to all of the individuals, foundations, businesses and public agencies who helped make this expansion a reality,” says President Manley. “We invite Portlanders to explore our galleries and engage with our public programs and be a part of this new era in PNCA’s rich history.”

Arlene and Harold Schnitzer Center for Art and Design

In addition to architectural firm, Allied Works Architecture, PNCA partnered on the renovation of the Arlene and Harold Schnitzer Center for Art and Design with green developer Gerding Edlen for project management and the venerable construction firm Howard S. Wright.

Allied Works Architecture is an interdisciplinary architecture and design practice that operates from offices in New York City and Portland, Oregon. Founded by Brad Cloepfil, the practice is defined by a deep concern for landscape, human experience and craft, as well as the preservation and enhancement of the public realm.

Founded in Portland in 1994, Allied Works has built a reputation for planning and designing public and private buildings and landscapes that represent the cultural aspirations of cities, states and nations. Among these important works are the Contemporary Art Museum St. Louis; the University of Michigan Museum of Art; the Booker T. Washington High School for the Performing and Visual Arts; a state of the art feature animation facility for Pixar; and the Museum of Art and Design on Columbus Circle in New York City; among others. In November 2011, Allied Works completed the Clyfford Still Museum in Denver, Colorado.

Current commissions include re-envisioning Sokol Blosser Winery in central Oregon; the creation of the National Music Centre in Calgary, Alberta; the design of a major art estate and residence in Upstate New York for contemporary art collectors; a new creative learning environment for Clemson University’s School of Architecture located in downtown Charleston, South Carolina; and the Vancouver Community Connector in collaboration with the landscape architecture firm Gustafson Guthrie Nichol.

Allied Works Architecture has received international recognition and awards for projects to date. In 2011, the practice received a National Honor Award from the American Institute of Architects for the University of Michigan Museum of Art. Most recently, Allied Works has received coverage in the Wall Street Journal, MONITOR, Oregonian, LA Times, Architectural Review, IDEAT, San Francisco Chronicle, Architectural Record, ARCHITECT, Bloomberg News, and numerous others.

Gerding Edlen is one of the nation's leading real estate investment and development firms focused on urban, infill, office, apartment, and mixed-use properties. Founded 15 years ago, the firm provides investors and partners an opportunity to achieve returns by creating and owning exceptional properties where people can live, work, and learn. Uniquely grounded in the goals of creating transformational buildings, vibrant communities, and investment quality assets, Gerding Edlen is committed to building high quality and deeply sustainable properties that ensure enduring value for its investor partners.

Gerding Edlen’s Principles of Place guide the firm's development efforts and ensure that properties create value for residents and tenants by creating and supporting communities. This commitment has led the firm to be a recognized national leader in sustainability, developing or re-developing more than 50 LEED certified or certified pending properties. Unique in the breadth of its in-house expertise, Gerding Edlen is an experienced developer and property manager in addition to its investment management, asset management, research and acquisition capabilities, adding value to its properties throughout the ownership cycle.

To date, Gerding Edlen has managed over $600 million in equity and developed or re-developed more than $5 billion in real estate value. The firm's major divisions include—Investment Management, Property Development, Property Management, and Gerding Edlen Sustainable Solutions. Looking to the future, Gerding Edlen continues to cultivate its expertise in creating exceptional apartment, office, and mixed-use properties that add value to our communities and environment.

With over 126 years in business, Howard S. Wright provides preconstruction, general contracting, and construction management services for clients in the public and private sector. The company serves 18 market sectors including healthcare, technology, education, and historic renovations. It operates out of its offices in Seattle, Portland, San Francisco, and Phoenix. In 2011, the company ranked within the Top 50 Domestic Building Contractors by Engineering-News Record. Notable recent projects include the Edith Green Wendell Wyatt Federal Building Modernization, City Center Plaza, Portland State University’s Lincoln Hall, and St. John Medical Center. Howard S. Wright is a leader in sustainable building with over $1.5 billion in completed LEED projects. Serving clients in the public and private sector, the company has successfully delivered construction management and general contracting services for ten Fortune 100 Companies. 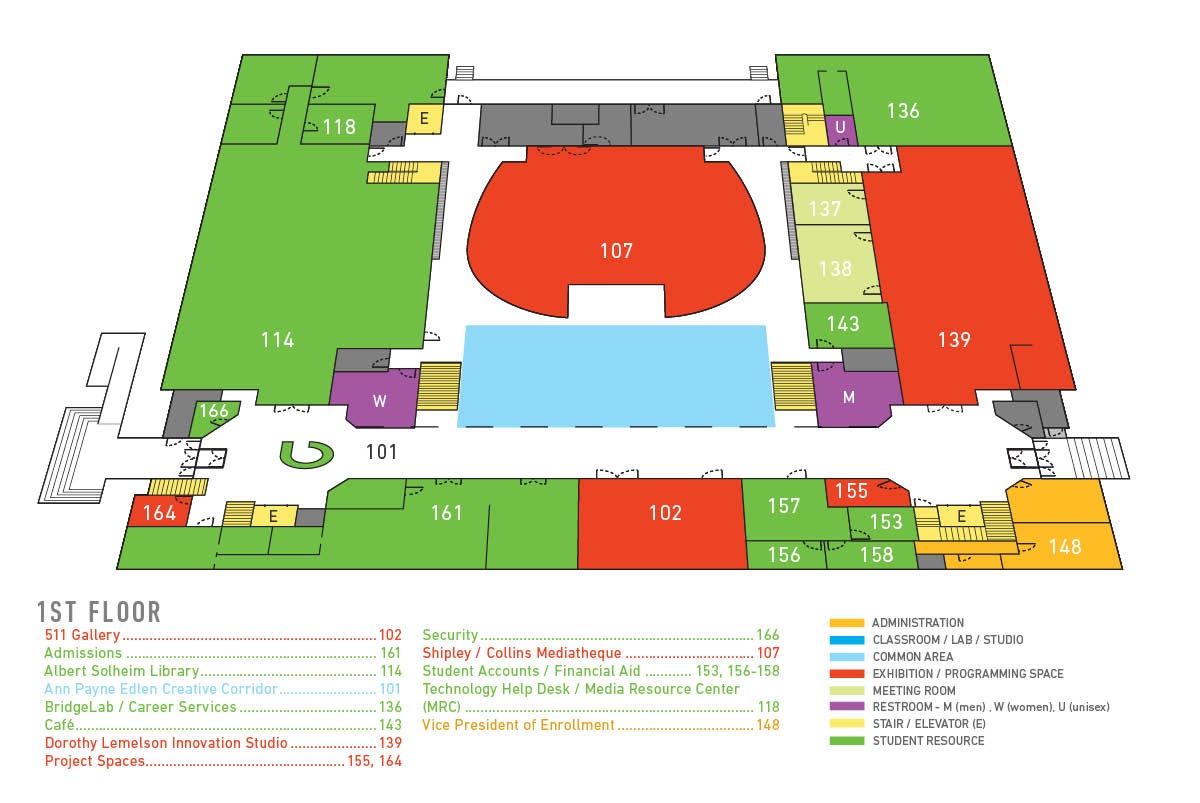 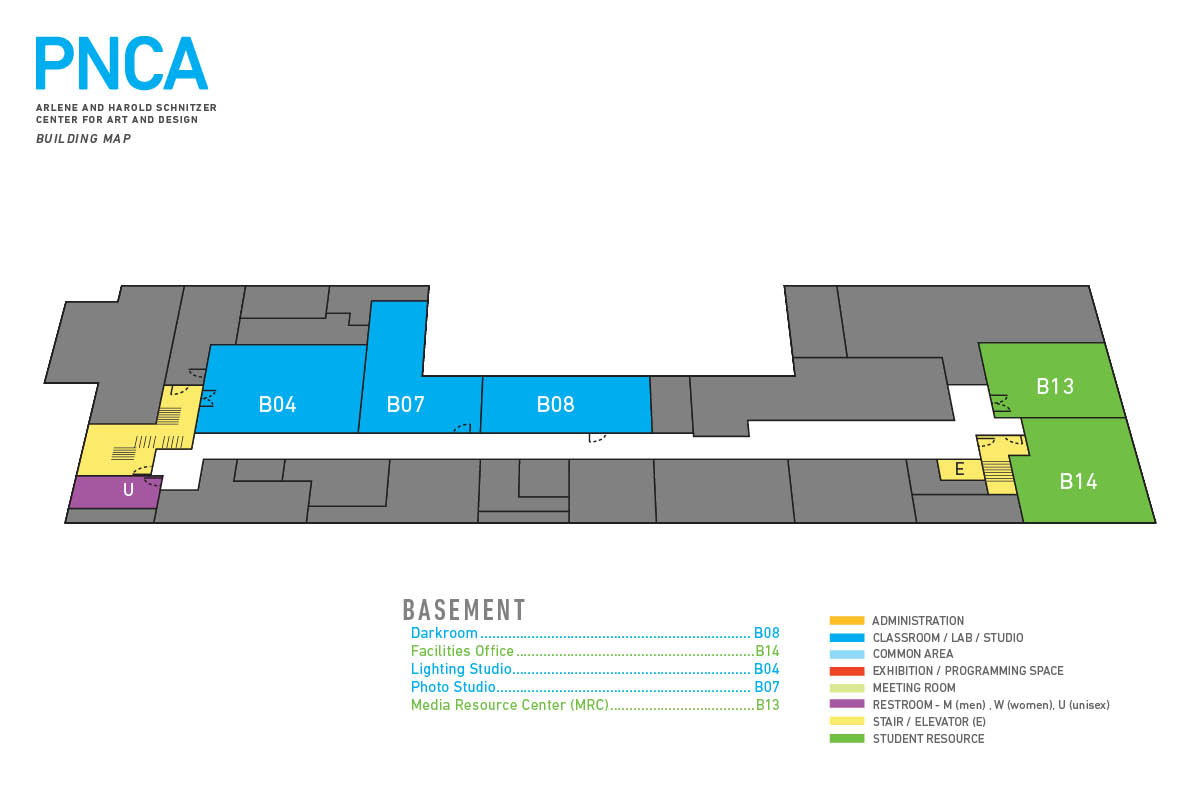 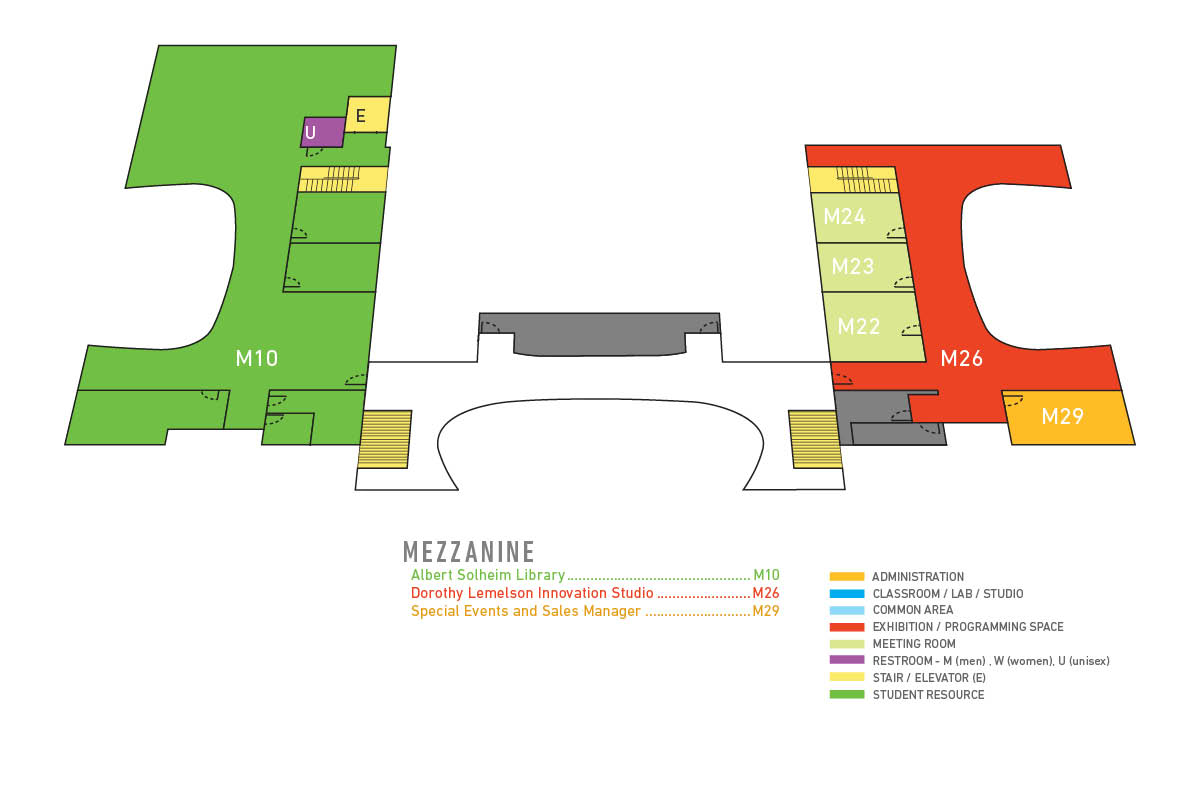 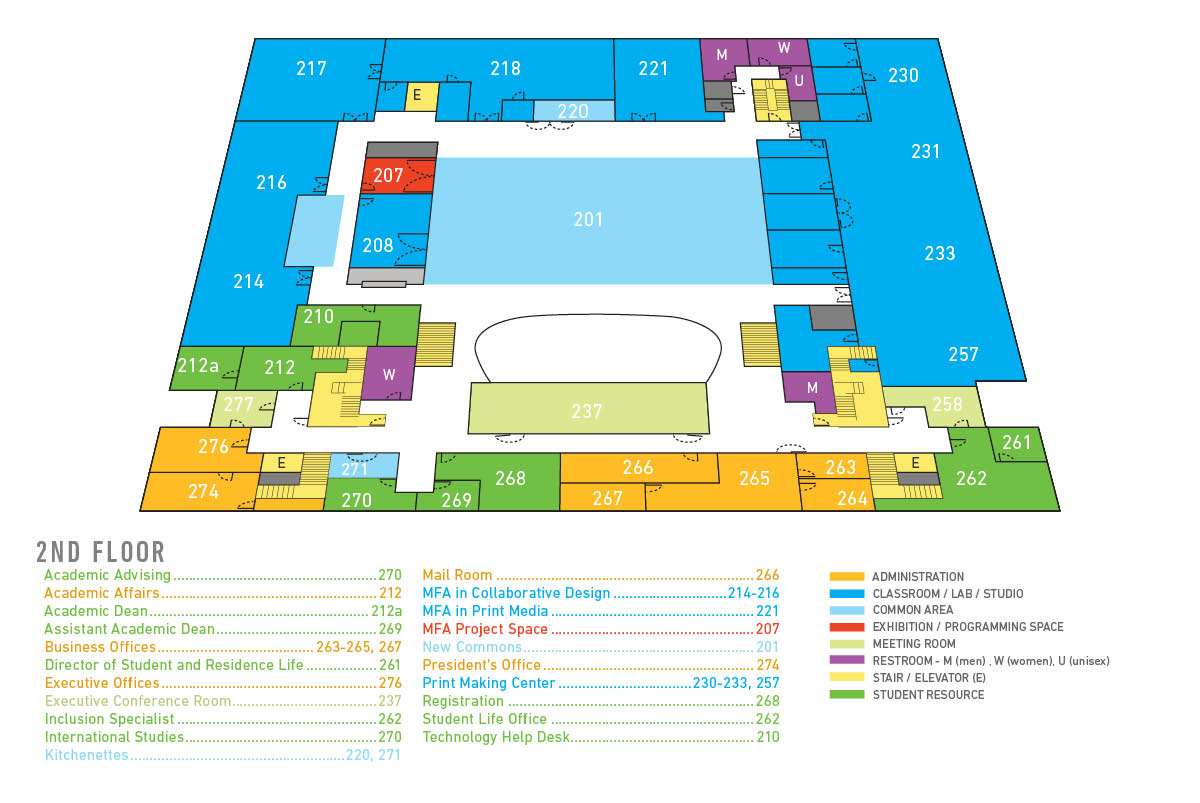 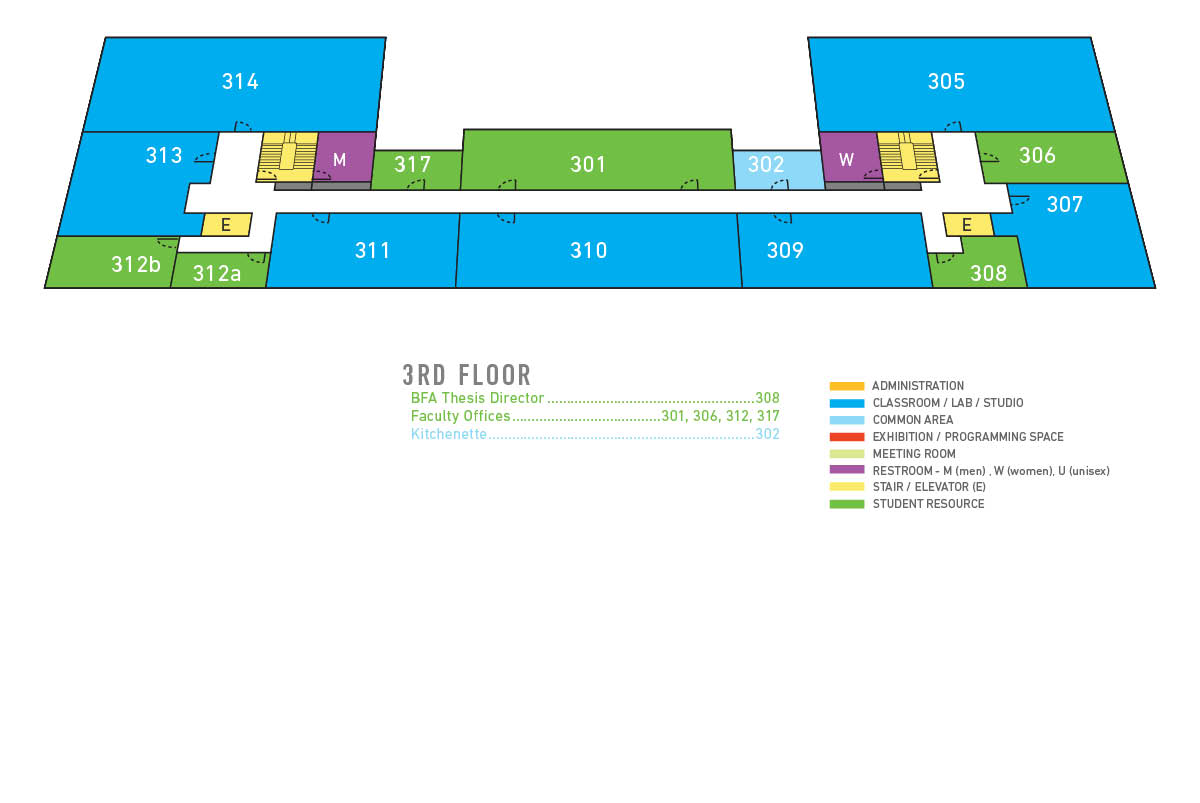 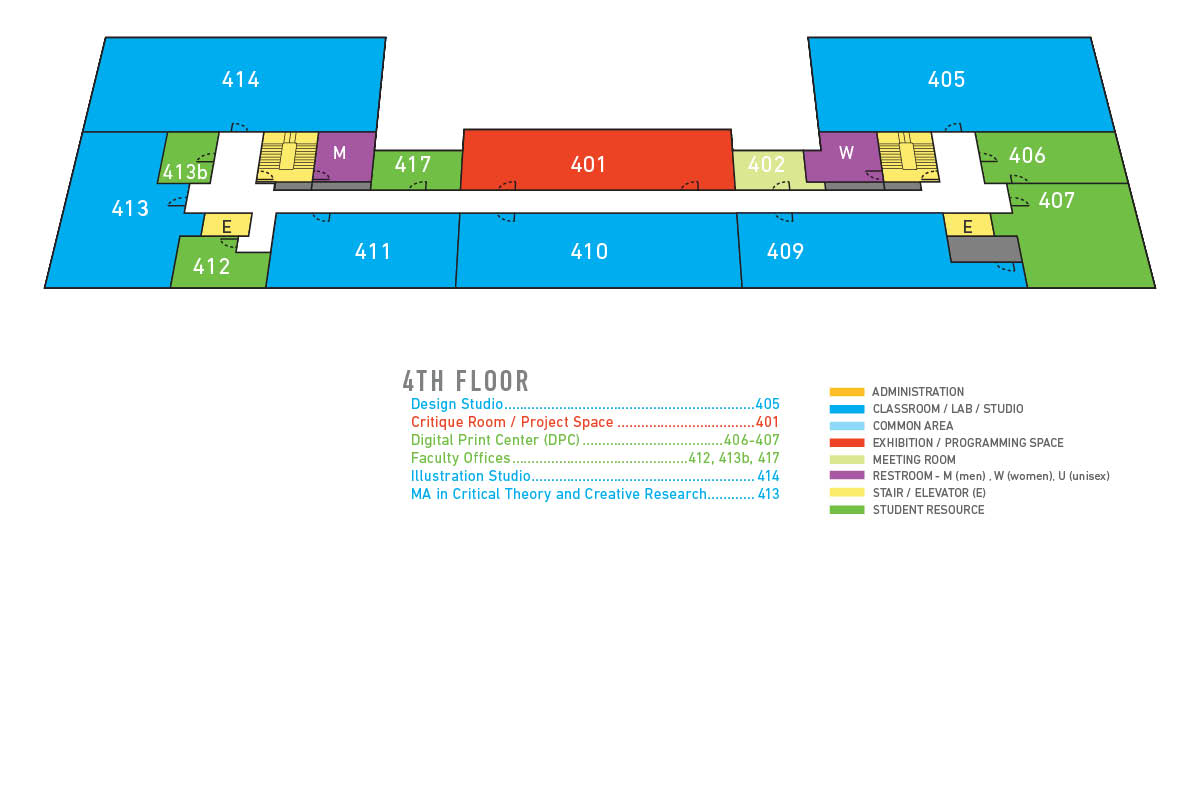 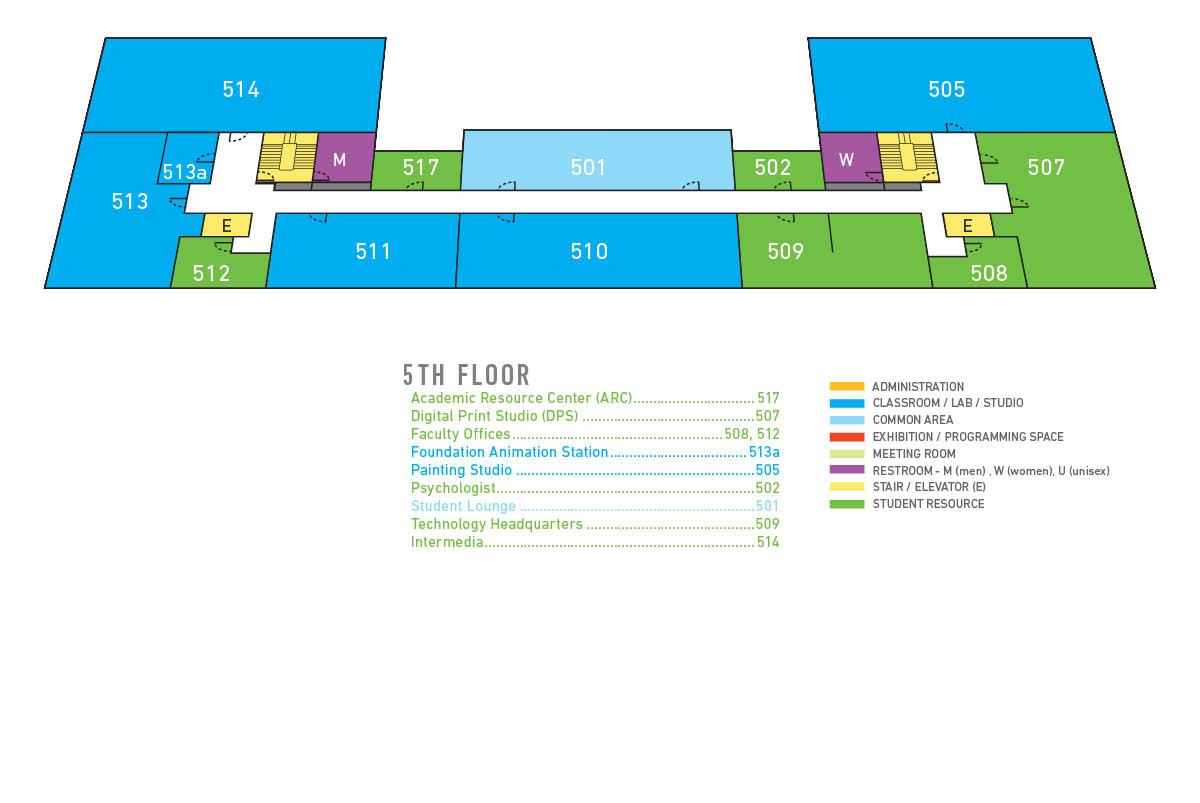 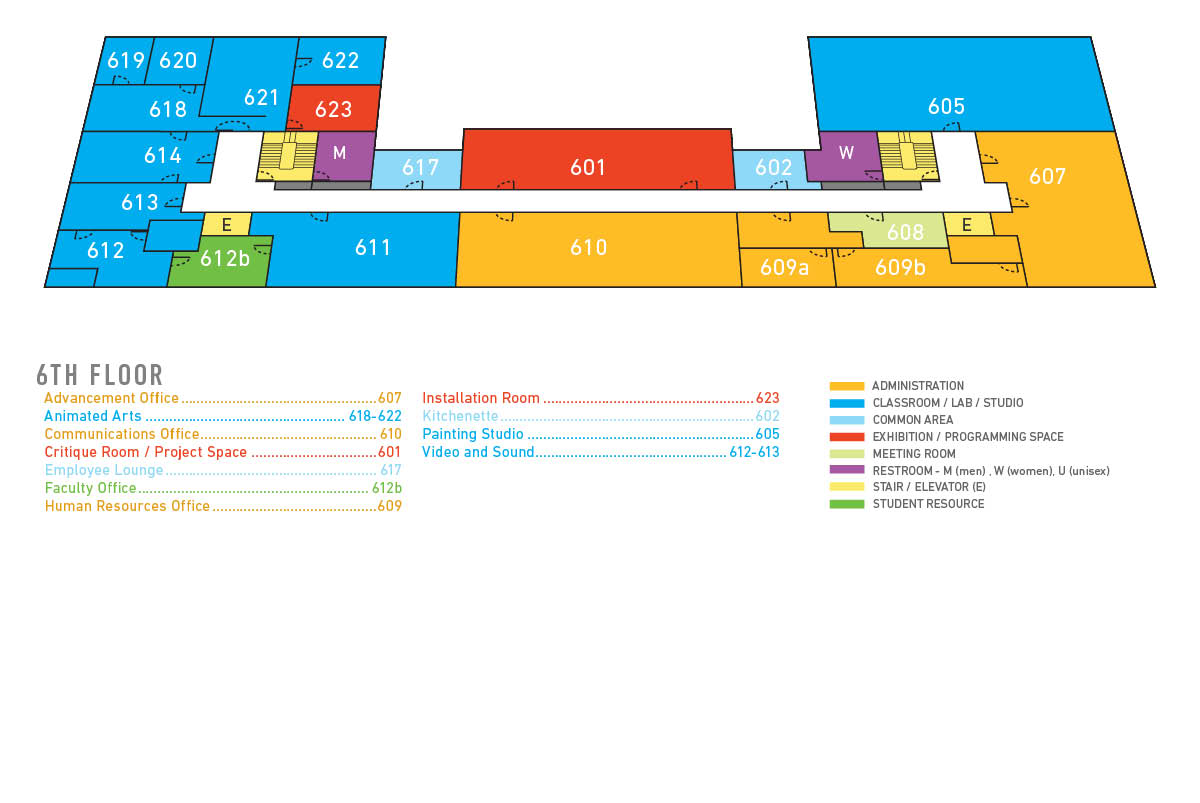 ABOUT PACIFIC NORTHWEST COLLEGE OF ART

Pacific Northwest College of Art (PNCA) is a leading West Coast art and design college. Founded in Portland, Oregon in 1909, PNCA has helped shape the region’s visual art and design landscape for more than a century. PNCA students study with award-winning faculty in small classes. Since 2008, the College has doubled both the student body and full-time faculty, quadrupled its endowment, and added innovative undergraduate and graduate programs. With the opening of the $34 million Arlene and Harold Schnitzer Center for Art and Design, Portland’s North Park Blocks has become PNCA’s new campus, which also includes its Museum of Contemporary Craft and ArtHouse student housing. As home to over a thousand PNCA students, teachers, staff, and volunteers the PNCA campus is a bustling hub for creativity and entrepreneurship, reflecting the influential role of art and design in our 21st century economy – both in Portland and beyond.